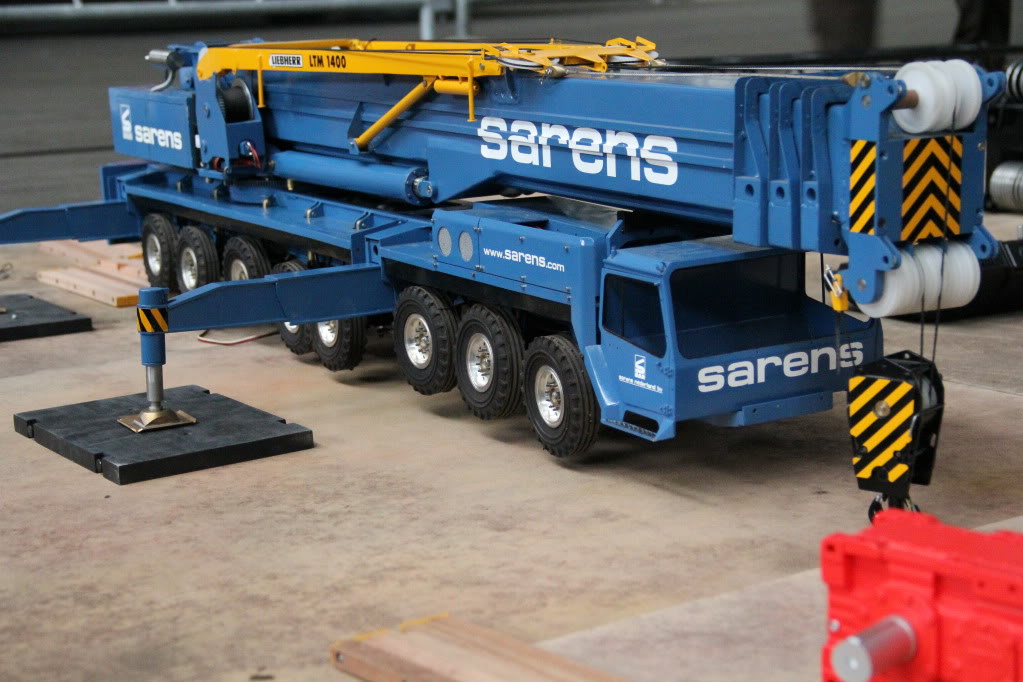 In September of 1999, Marc and Richard started to make drawings of the LTM 1400.
Initially, we planned to make one LTM together, but when it was time to start manufacturing the first parts,
we decided to build one crane each, and have all the parts manufactured twice.

We decided that both of us should made drawings of a different part of the crane. When the drawings were completed
they were joined together in a general arrangement to check for clashes with other parts.
The construction was scheduled to take 3 years,
because we both moved houses in the meantime and our workshops were dismantled for a while. We also have very busy jobs,
and so the construction lasted a little longer.

Marc's LTM gets a new color

Marc has decided to repaint his LTM1400 in the colors of the Van Seumeren company, so that it fits better with his other models. We managed to do this just before Mammoth Day in Schiedam.

Revision of the slewing ring

In the beginning Marc made 2 designs for the slewing ring and in consultation we then decided together to make it like the real one with barrels in the bearing.
Unfortunately, we later found out that the ratio of the diameter of the slewing ring to that of the barrels is not good, with the result that the bearing did not turn properly.
In order to be able to use the bearing, we have replaced the barrels for balls, but because the running surfaces are at angles and there is too much space for the balls, they are in a W-shape in the bearing.
As a result, the balls are regularly jammed against each other, which causes interference during the slewing.
That is why we have taken the first design of Marc out of the box, a slewing ring with balls, only with a small adjustment which we tried out on the bearing of the LR 1750.